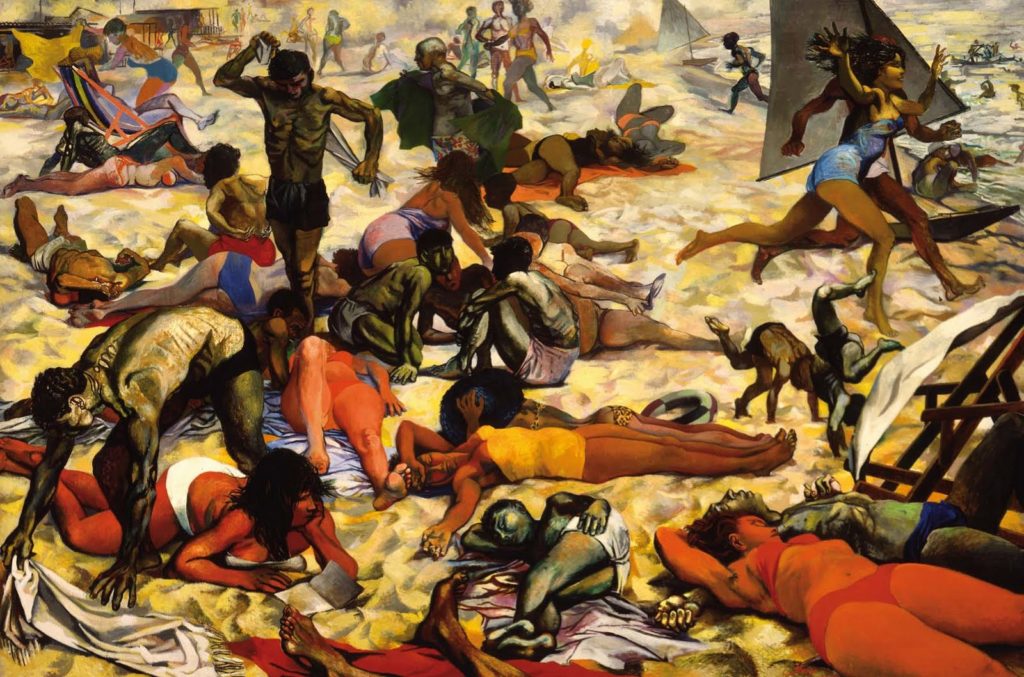 “Art tours inspire new ways of experiencing a city. Every time we contemplate great artworks, they seem different to us. “They seem to be as inexhaustible and unpredictable as real human beings“
Ernst Gombrich

A chronological voyage through the paintings of Correggio, who lived and worked in Parma from 1519 on, creating extraordinary masterpieces inside the most important religious buildings of the city.

Visit the Camera di San Paolo (Room of St. Paul): in 1519 the Abbess Giovanna da Piacenza commissioned Correggio to complete a vaulted fresco, with masterful and astonishing results. Visit the Abbey of St. John the Evangelist: Correggio worked with great fervor here between 1520 and 1524, years during which the artist obtained results that were as impressive as they were unexpected. Visit the Cathedral: the undisputed masterpiece of the cupola was a fundamental moment in the artist’s development as a painter. The tour ends with a walk toward Piazza Garibaldi to pay homage to the sculpture of Correggio by Agostino Ferrarini, inaugurated in 1870.

CORREGGIO AND PARMIGIANINO: THE GREATNESS OF RENAISSANCE PAINTING IN PARMA

This tour brings us face to face with two masters of the Italian Renaissance: Antonio Allegri, known as Correggio (1489-1534), and Francesco Mazzola, known as Parmigianino (1503-1540). A selection of priceless masterpieces will allow us to investigate the great Renaissance paintings that transformed Parma into an artistic center that could hold its own with other great cities of Italian art, such as Rome, Florence, and Venice.

The tour begins with a visit of the Camera di San Paolo (Room of St. Paul), a convent of extraordinary beauty that shows us the work of Correggio as an artist of mythological subjects. The visit continues in the Cathedral of Parma, where the church’s centuries-old history is entwined with Correggio’s fresco of the cupola, an arduous undertaking that was controversial for its time and would reveal him as a precursor of Baroque illusionistic painting. An essential stop is made at the Abbey of St. John the Evangelist, where the styles of the two artists find common ground. The innovative frescoed cupola by Correggio and the works by Parmigianino – your first introduction to the complex and refined artistic style of Mannerism – are marvelous. We conclude our tour by viewing Parmigianino’s mature works of religious and mythological subjects in the ornate Basilica of Santa Maria della Steccata.

FARNESE THEATER AND THE NATIONAL GALLERY

The splendid and historically-important Farnese Theater is considered a crucial building in the evolution from Renaissance to Baroque art. A masterpiece both in terms of the artistry and architecture of a new generation of artists working in Parma during the 17th century and influenced by the great avantgarde Baroque style. The theater is directly connected to the National Gallery, which has a considerable collection of paintings and frescoes by Correggio and Parmigianino: to name just two of them, the legendary Turkish Slave by Parmigianino and the Madonna of St. Jerome by Correggio.

2 hours,  These two tours can be combined as a full day experience (5 hours, not including a lunch break)

A STROLL THROUGH ROMANESQUE AND GOTHIC PARMA

We can find important signs of medieval culture throughout our city. Walking down our streets, through our history, means uncovering thousands of enigmatic, enthralling symbols passed down to us by the ingenious Masters from past ages. Masterpieces of medieval architecture that inspired unique city spaces, Gothic architecture, Romanesque sculptural heritage, and glorious “Byzantine” frescoes are the marks of a living, vibrant history, of a trip through time in search of Romanesque and Gothic sites.

Visit Piazza Duomo: a masterpiece of medieval architecture and city design, conceived and planned by Benedetto Antelami. Visit the Cathedral: the most important example of Romanesque Padana art, embellished by masterful sculptures. Visit the Baptistery: the theological summation of medieval art, a transitional work from Romanesque to Gothic style. Visit the Diocesano Museum: located inside the bishop’s palace, this museum contains valuable works of art from the Roman to the Medieval periods. Church of San Francesco del Prato (from the outside): built in the 13th century, the only example of Gothic architecture in the city, mystically linked to the Baptistery by an invisible and mysterious connection that we will explain to you.

A WALK THROUGH THE TIMELESS JEWELS OF RENAISSANCE PARMA: CATHEDRALS, ABBEYS, AND BASILICAS

The Renaissance was a transformative period in the way that the faithful were indoctrinated, and it created the need for the Church to rethink its religious spaces, renewing their aesthetics with painted masterpieces that were intended to communicate faith and piousness to their viewers.

Visit the Cathedral of Parma, between Mannerism and the early Baroque.

Visit the Benedictine Abbey of St. John the Evangelist, an artistic breeding ground.

Visit the Basilica della Steccata and the Parmesan School of the 17th century.

Visit the Convent of St. Paul, the paintings of Araldi and of Correggio..

A WALK THROUGH THE FARNESE DUCHY

In 1545, in the fullness of the Renaissance, Parma became a Duchy, and from that moment forward would reflect the fame, the power, and the prestige of its Dukes. In its religious works, palaces, fortifications, and theaters, the Farnese family built a city that rivaled the great European capitals in terms of art and architecture.

Visit the Pilotta Palace: an example of Renaissance city planning and the symbol of the Duchy’s political power, this building contains the Farnese Theater, a splendid masterpiece of Baroque engineering and architecture. We continue with a visit of the Riserva Palace, home to the Ducal Court and Ducal Theater. Our walk will then take us through the Ducal Park and its gems of Renaissance architecture. Our route then heads for the heart of the important old working-class Oltretorrente neighborhood, and a visit of the Church of the SS. Annunziata, a marvelous Renaissance jewel commissioned by Duke Ottavio Farnese in 1566.

* we recommend visiting the Ducal Park during good weather; in the event of bad weather, we can make arrangements for visiting a different site.

PARMA UNDER THE SUN

A fine-weather walk through the streets and squares of Parma in search of the public art and architectural treasures of the city: from the ancient Roman Forum to the medieval religious square, from the Renaissance Pilotta Palace to the neoclassical Petitot buildings and their unmistakable “Parma yellow” facades, and ending in an elegant 19th-century court piazza and its splendid Opera House.

Specialized tours focusing on a single historical figure of Parma, walking through the city center, with a visit of one site or one art exhibit. These tours can be combined with other itineraries. You may choose from the following itineraries:

1 Ranuccio the First and the Theater of Strategies

Visit the Pilotta Palace and the Farnese Theater

2 Marie Louise, Duchess of Parma: painters, architects, and musicians in the great age of 19th-century opera

Visit the Royal Opera House, the Ridotto ballroom, the theater boxes, and have the one-of-a-kind thrill of using the private staircase of the Duchess to reach “her” Royal box.

3 Amedeo Bocchi and the facets of 20th-century art

Visit the exhibition dedicated to this major artist of 20th-century Italian painting. A painter of profound and intimate authenticity, he would be influenced by the most innovative and explosive artistic movements of the period: from fauvism to northern European expressionism. The exhibition is located in the elegant 16th-century Sanvitale Palace.

4 Correggio: the clash of two cupolas, a conversation with our eyes raised to the sky

Visit the cupola of the Cathedral

Visit the cupola of the Abbey of St. John the Evangelist

These tours can be personalized to our clients’ wishes.

Together we can create the perfect itinerary for your interests. 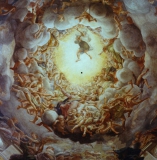 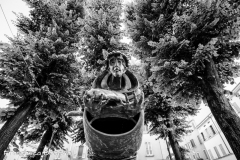 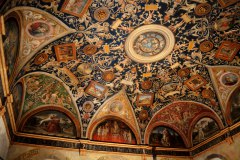 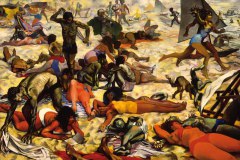 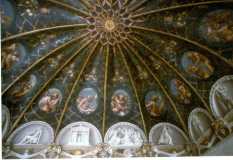 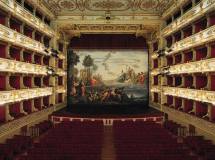 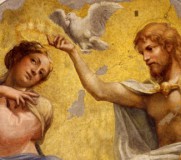 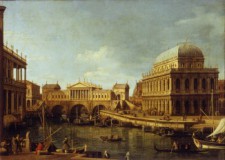 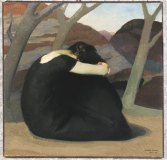 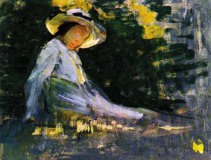 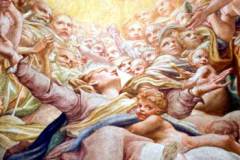 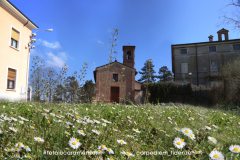