“The ladies, the knights, the weapons, the loves, the chivalry, the bold undertakings, of these I sing“
L’Orlando furioso-Ludovico Ariosto.

The Torrechiara Castle rises above the hills of Langhirano 18km from Parma. Built between 1448 and 1460, it is considered one of the most important and best-preserved fortresses in Italy. The renaissance frescoes inside tell the story of the great power of Count Pier Maria Rossi, called “The Magnificent”, a skilled warlord and conqueror of lands and riches. The castle also contains a particular artistic treasure: the Golden Room, frescoed by Benedetto Bembo, which narrates the passionate love story between the Count and a noblewoman, Bianca Pellegrini. The gothic decorative motifs are of extraordinary beauty, and still today the symbols, coats of arms, and letters tell us of the intrepid relationship between these two lovers.

The enchanting town of Fontanellato, located in the lowlands between the Roman Via Emilia and the Po River, is home to the splendid Sanvitale Citadel, surrounded by a wide moat right in the center of town. It is a classic example of military architecture and one of the most interesting small fortresses in the region. One of the great masterpieces of Italian Mannerism can be found inside this building, the so-called “stufetta”, the superbly painted hall of Diana and Actaeon by a young Parmigianino. The visit also includes a fascinating stop in the noble living quarters of the Sanvitale family, which are still fully intact and furnished.

A special treat: one of the castle’s turrets contains a 19th-century camera obscura where an ingenious system of lenses projects the image of the town piazza onto the tower walls.

ROSSENA CASTLE – THE GRANDIOSE FORTRESS OF MATILDA OF TUSCANY

The Rossena Fortress, property of the Grand Duchess Matilda of Tuscany, a personage of the greatest important in the medieval period, lies atop a red volcanic hill in the heart of Emilia-Romagna. Compared with other castles which were transformed into residences for the nobility over the centuries, Rossena has maintained its original military design. Visiting the inside of this castle is an enchanting experience, and a spectacular panoramic view awaits you from the rooftop. Even more tantalizing: the possibility of spending a night here!

THE SORAGNA CITADEL – FROM ANCIENT EVENTS TO MODERN FILM SETS

The Soragna Citadel, a splendid military fort 35 km from Parma, was built in 1385 and transformed into a prince’s residence in 1600. Many sumptuous furnishings have been preserved, as well as decorative frescoes by important painters, architects, and set designers over the years, such as the Bibbiena brothers and Cesare Baglione. The excellent state of the frescoes and furnishings have made the citadel popular as a film set for TV and cinema. Purchased by Count Meli in 1530, it is today the property of the Meli-Lupi family, and Prince Diofebo Meli Lupi still lives on the grounds. 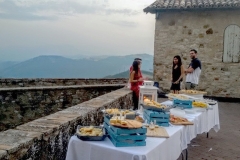 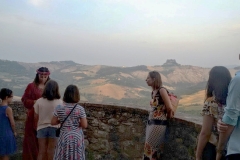 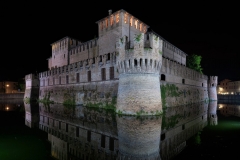 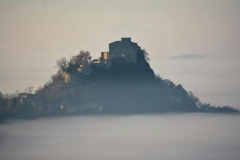 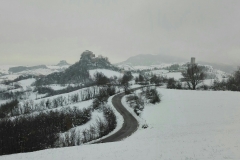 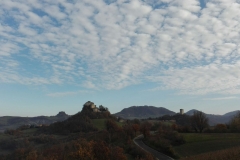 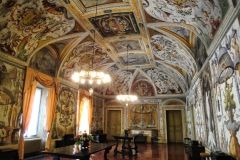 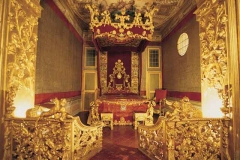 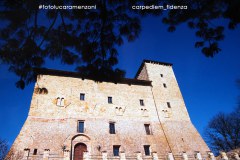